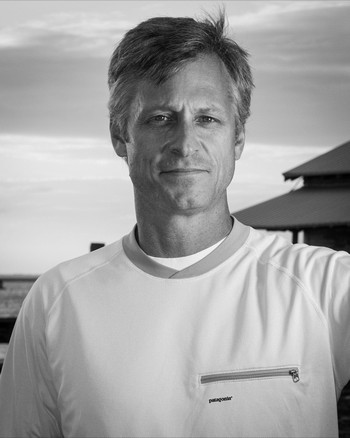 Steve Schultz has usually had a still or movie camera in hand since he was ten years old. With this habit and a sense of outdoor adventure he has captured and interpreted his visions through some form of media.

After graduating from Colorado State University, Steve sailed professionally as the private captain for Hollywood Producer and Director Arne Glimcher. Film and video recaptured his attention. He attended San Diego State University for his M.A. in Film and Communications. During his tenure there, Steve was awarded the KPBS Reeves Fellowship. He worked with KPBS for five years as videographer, writer, director and producer of numerous documentaries, while also teaching television and film production at SDSU. In addition, Steve's production company Snakeriver Productions produced several documentaries, including "Faces of the Global Family", an international production shot in China and the United Nations that chronicled the 13 year project of artist Ray Johnson and his portraits that captured the cultural essence of life in 113 countries.
Steve has written for Men’s Journal and Fly Fishing America. He recently co-wrote a book with home improvement guru Jodi Marks, “Fix it in a Flash”, photographing all of the images.